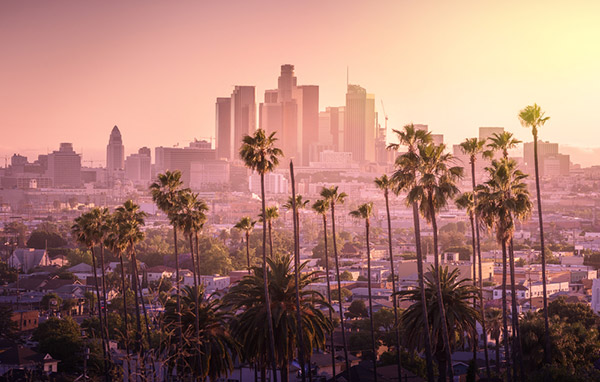 As the site of Hollywood, of course Los Angeles offers many great locations and studio spaces for filming. Let’s do a resource round-up of some of these filming locations in LA. This list is not comprehensive and if you feel we are missing a location that should be added, feel free to contact us with the suggestion.

We’ll discuss, in no particular order:

SAS has over 25 studios in Los Angeles. They have warehouse spaces, restaurant spaces, pre-made sets and luxury studios all available to rent for filming.

Multiple studios owned and co-owned by SAS are available for movies, location shoots, construction, and base camps for any size film productions. Located at 1755 N Main St, Los Angeles.

They also offer many handy props for rent, including chairs, speakers and cords.

Also known as the Morell Meats building, Willow Studios is a film-friendly location for productions of any size. Conveniently located in the heart of downtown LA, this facility has 150,000 square feet of various built-out sets and studios for rent.

Production offices and scissor/fork lifts are available to use on site.

Scores of films have been produced on this site over the years. It was originally built in 1919 by an associate of Charlie Chaplin, making it one of the oldest production facilities in Hollywood.

The Sunset Gower Studios facility is enormous, totaling 570,470 square feet. It is located at 1438 N Gower St in Los Angeles.

Established in 1912, it continues today as Hollywood's largest independent studio and a facility for film and TV production on its twelve soundstages.

Various gear is offered for rent, including LED lights, grip packages and cameras.

An on-site parking lot is available as well as street parking.

Notable production shot there: A Moment with Anthony Bourdain

Temporary parking for quick load-in is in the front of the studio entrance on Highland Avenue. Full load-in is best accomplished through a back entrance.

Rise is located at 11678 Pendleton St. in Los Angeles. Rise is a 5300 square foot building with a 3000 square foot soundstage. The facility has rooms to rent for filming, photography, and production.

A kitchen, green room, wardrobe and production office are all also provided.

Private parking, VIP lounges and production offices are all available.

All locations are in North Hollywood. Rates are available for both daily and long-term productions.

Best churches for filming in LA

St. James' Episcopal Church located at 3903 Wilshire Blvd. in Los Angeles has been host to many film and TV productions over the years. Designed in 1925.

One of the church's most distinctive features is its verticality; its massive roof is 60 feet high at its zenith.

St. Charles Borromeo Church is a Catholic church located at 10800 Moorpark St, North Hollywood. The church was constructed in 1921.

Many celebrities have lived in the North Hollywood and Studio City communities served by this church, including Bob Hope.

Church of the Angels

Church of the Angels is located on 1100 Avenue 64 in Pasadena (LA County). This church was constructed in 1889 and is one of the oldest churches in Arroyo Seco.

The chapel is constructed from sandstone and has impressive stained glass windows.

The church’s English Gothic architecture and the giant HIV/AIDS Red Ribbon on the bell-tower have made it a prominent landmark in Hollywood.

First Congregational Church of Los Angeles is located at 540 South Commonwealth Avenue. Founded in 1867, various film and TV productions have been filmed here over the years.

Best other locations for filming in LA

The Villa Serena | Best house for filming in Los Angeles

When you book The Villa Serena Main House, you get the entire property with all the sets and props with a few exceptions. Villa Serena is located at 8455 La Tuna Canyon Road in Sun Valley (LA County).

Permits from FilmLA are required.

Sofitel is a French hotel chain and their Beverly Hills location is open to filming and photo shoots. This hotel has over 11,000 sq. ft. of meeting space, guestrooms and suites, lobby and public areas, bar and restaurant, and parking and loading.

This location is great for indoor and outdoor panoramic shots because of its view on major points of interest in the city; e.g., Hollywood Sign, Griffith Observatory, and more.

Notable production shot there: Beyond the Lights (2014)

Cicada's palatial interior is a favorite of motion picture and TV producers and many productions have been shot here over the years.

With tiles on the outside of the establishment that show matadors fighting with bulls, this restaurant has a cool blend of a Mexican-American feel. Situated in Sherman Oaks.

Notable production shot here: One Upon A Time In Hollywood (2019)

Mel's Drive-In is a term referring to two American restaurant chains, successors of a restaurant founded in 1947 in San Francisco. If your movie is set in the 1960s or just going for that vintage look, these restaurants would be ideal filming locations.

There is a Mel's Drive-In at 14846 Ventura Blvd in the Sherman Oaks and another at 8585 Sunset Boulevard in West Hollywood.

The Santa Monica Pier is a large pier at the foot of Colorado Avenue in Santa Monica (Los Angeles County). It contains a small amusement park, concession stands, and areas for views and fishing.

The Santa Monica Pier has been used as a filming location for many decades.

Notable production shot there: The Sting (1973)

The Warner Grand Theatre on 478 W. 6th St. in LA is a “movie palace” that opened in 1931. The theatre is designed in the Art Deco—Moderne style.

In 1999, the Warner was added to the National Register of Historic Places.

Notable production shot here: What's Love Got to Do with It (1993)

If you’re researching filming locations in Los Angeles, chances are good that you’re a filmmaker or film producer; if that is the case, you’ll want to consider insuring your valuable filmmaking gear and film productions. Get a quote from Front Row:

About: Front Row Insurance Brokers LLC is an independent insurance broker that works on behalf of its clients to provide insurance at a low cost. Should a claim occur, Front Row works diligently to ensure that clients receive the money they are owed per the insurance policy. Front Row has US offices in Los Angeles, New York and Nashville. Visit their website at https://www.frontrowinsurance.com/usa.