The DICE Package Policy is intended to provide insurance for smaller budget documentaries, corporate videos, commercials, educational films, music videos and more. DICE is best suited for producers who are planning to produce projects other than feature films or TV series.

DICE can provide coverage for a full year for rented & owned equipment as well as Props, Sets and Wardrobe, Office Contents, Vehicle Physical Damage and more. Commercial General Liability coverage can also be purchased either together with the equipment coverage or on a standalone basis. If you would like more information or to request a free non-obligation quote, visit our DICE Policy website here. If you are a US based Producer, click here instead.

A DICE policy is available in ~4 hours by calling or emailing our office.

The DigiGear Policy is intended for owners of camera equipment, sound, lighting and other film equipment. All equipment is covered for: theft, damage, fire and loss of use. Like DICE, the DigiGear policy term is also for 12 months. A DigiGear policy is designed to cover owners/operators of production equipment whose operations or services fall within one of the below classifications:

Unlike DICE, DigiGear is not a film production policy.

A DigiGear policy is available online in ~five minutes 24/7.
Note: coverage under DigiGear is only available to Canadian residents at this time.

For a visual overview of the two policies, view the infographic below:

All this lovely gear was stolen! Don’t let this be your gear.

Thanks to cooperation between the FBI, the US embassy and Argentinian federal police, this massive haul of film production gear worth ~$3M was recovered in September 2018. The thieves had apparently targeted equipment in Hollywood and other US cities and then smuggled it into Argentina. As of May 2019, four people have been arrested in the US and 17 suspects have been identified in Argentina.

We’ve provided some tips & tricks for how to guard your film equipment, as well as some information on how to insure your equipment so you are protected in any worst case scenario situations.

There seems to be no published information on whether or not the equipment involved in the Hollywood-Argentina smuggle was insured. If it wasn’t insured, no doubt, the owners of said equipment were likely kicking themselves after this massive theft occurred.

Avoid a similar fate by insuring your film equipment with Front Row under a DigiGear policy.

HOW TO CALL A WRAP ON CLAIMS 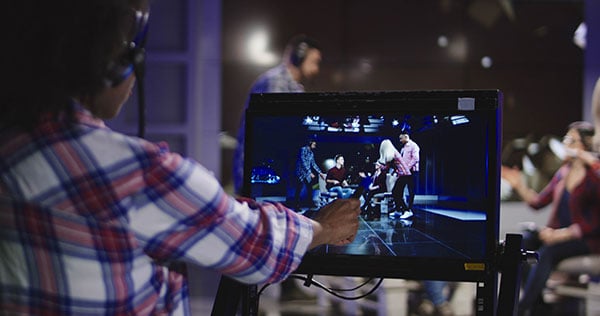 Put the Finishing Touches on your Film Without Worry.

Congratulations! Principal photography on your production is complete and so far, everything has gone off without a hitch. You’ve managed to remain on budget, and footage was delivered to the post facility on time. While you understand that editing is both an art and a science, the cut of the film you got back was not what you were looking for. Instead of seamless edits, you got jump cuts!

While faulty editing is a problem that will cost your production time and money, it’s not the most serious risk you face at this stage. Let’s consider a second scenario.

Imagine you’re making a documentary about jazz. Your sound engineer composes an original piece to be used as background music in a scene. All is well and good until a famous jazz musician sues for copyright infringement, claiming that the music is too similar to a well-known piece of theirs. While you know the case would be won in court, the associated delay and cost would harm your production.

Your film is slated to be broadcast in a matter of months, and the clock is ticking.

The best defense against unforeseen perils such as the above is a specialized insurance policy designed to protect you, the filmmaker. Entertainment Package Policy includes:

But does not cover: Loss caused by errors of judgment in exposure, lighting or sound recording, or from the use of incorrect type of camera, lens, raw film or tape stock.

This is a standard liability coverage included in entertainment package policies which will arrange a defense if you are sued for reasons connected with your production, regardless of whether the suit has any merit. Returning to the example above involving music, this coverage would prevent you from having to pay for legal defense costs out of pocket.

You’ve come too far to let unforeseen circumstances put you behind.

Make sure you have the right insurance coverage. 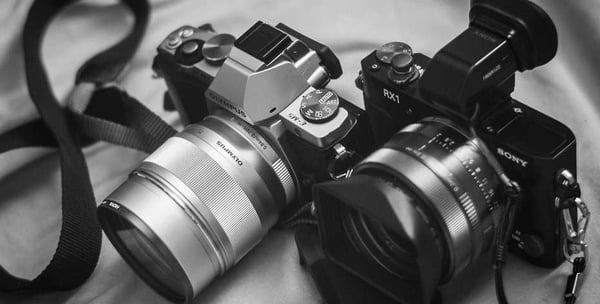 When photography equipment is damaged or stolen what do you do? Ultimately your camera equipment insurance policy should provide the necessary coverage to replace your equipment; however it can take weeks, to get insurance claims paid out. So what do you do in the meantime?

Insure your gear for as low as $10 (plus a fee). Get a quote in 1 minute. A policy in 5 minutes. Worldwide coverage. Protect your gear against: theft, breakage, fire and more. Liability is also available.

Click now for a free, no obligation online quote:  https://photographer.frontrowinsurance.com

Filmmakers: You May NOT be Covered under a Homeowners Insurance Policy

You arrive back at your apartment to find your door pried open and your camera, sound and lighting gear missing. You take out your phone and call your insurance broker to report the claim under the homeowners policy that you purchased. An adjuster is assigned. The claims adjuster does a  web search and sees  that you have credits on IMDB for various productions. Because you are hired with your gear as a part of your weekly rate, your gear is now considered “commercial” equipment and as such, not covered by your homeowner’s insurance policy which is intended to cover “personal” film gear that is not used for commercial purposes.

You tell the adjuster that you only worked  twice in the last 12 months on two low budget music videos and made less than $300. The adjuster shrugs, “It doesn’t matter, even if you shoot a birthday party for 60 minutes for $50, you are a professional and your gear is  considered commercial and is no longer covered under a homeowners policy”.

This is a difficult, pricey lesson that is better learned before there is a loss. Our experience tells us that many professionals assume they are covered by their homeowners insurance policy when in fact they are not.

If you use your gear to make money, check your insurance policy and make sure your coverage is appropriate.

We have created a 5-minute online insurance solution called DigiGear:

The policy term is for 12 months and coverage is provided throughout Canada and the USA.

All equipment is covered for replacement cost for:  theft, damage, fire and loss of use. Rental coverage is also available.

For a limited time get $50 off.  Use code: $50discount at: https://digigearinsure.frontrowinsurance.com

"We wanted to make the insurance process easier, faster and cheaper for musicians,” said David Hamilton, President of Front Row “Given that there is no need to speak to a broker and an insurance company underwriter is not involved, the cost to process an on line film equipment  insurance policy is much less  and we have passed the savings onto the gear owner. The savings is expected to be 30% compared to standard film equipment policies. Although the DigiGear policy is online, we are still available to answer questions by e mail or over the phone if required.”