Host Liquor Liability Insurance – Consider it for Your Wedding

If you’re planning to have alcohol served at your wedding, then it is important to consider adding host liquor liability insurance onto your event insurance policy. Your guests will hopefully behave like responsible adults at all times, but in the event that alcohol fuels a fight where someone gets injured or something similarly troublesome, host liquor liability insurance will cover you.

In this post, we’ll provide an all-encompassing overview of host liquor liability insurance, including an explanation of why it should be considered for weddings and some helpful tips on how to discourage overdrinking at weddings. 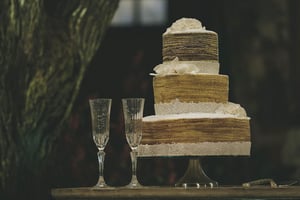 What is Host Liquor Liability Insurance?

Guests will generally expect liquor to be available at weddings and as soon as you become the “host”, you suddenly have a burden of responsibility to ensure that nothing bad happens as a result of being connected to the supply of that alcohol.

A host liquor liability insurance policy will protect you against losses or damages in case of claims arising from any alcohol-related incidents that might occur at an event such as a wedding. Such “incidents” might include bodily injury or property damage caused by an intoxicated guest who was served liquor at a wedding.

What does it mean to be “over-served”? This refers to when a customer is served too much alcohol, placing the liability on the bartender. In the US, there is the “Dram Shop Act,” which makes a business which sells alcohol or a host who serves liquor to a drinker who is obviously already intoxicated, strictly liable to anyone injured by the drunken guest. The best protection against a situation like this occurring at your wedding (aside from doing a dry wedding) is to hire an experienced bartender; they generally know when it is time to refuse someone more drinks.

A liquor license (or licence) is any license, permit, registration, qualification or other approval required to sell, dispense or distribute alcoholic beverages. 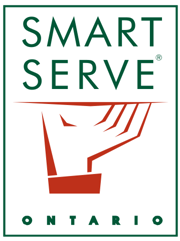 In Canada, multiple provinces require that events (including weddings) that will be serving alcohol have the servers trained under a server training program. This is to ensure that servers are prepared to make informed choices when they sell, serve or offer alcohol. Regulations vary by province. In Ontario for example, there is Smart Serve and in BC, there is Serving it Right.

More and more, the providers of alcohol are being hit with lawsuits due to alcohol-related accidents at weddings. The venue is usually charged, but the couples holding the wedding are often also named. Examples of alcohol-fueled wedding incidents (where lawsuits may or may not have been involved) include:

In 2018, Daily Mail reported on a wedding in Ludhiana in Punjab, India, where alcohol was being served for free. The wedding day ended in a chaotic brawl (much of it caught on video), with many drunken guests throwing chairs and plates at each other.

In 2014, ABC reported on a wedding in Hobart, Tasmania that ended with the bride in the hospital and the groom and best man under arrest because of an alcohol-fueled brawl at their wedding reception. It took six police units to bring the situation under control.

In 2012, The Telegraph reported that police were called to English soccer player Danny Guthrie’s wedding after a huge brawl broke out on the dance floor. The fight erupted between the groom’s family and the bride’s side as the proceedings neared an end.

None of the above examples indicate that the married couple had a host liquor liability insurance policy in place, but it certainly would have been advisable to have one, in all cases.

How to Discourage Overdrinking at a Wedding

Assuming you’ve ruled out the option of doing a dry wedding (a wedding without any alcohol), then consider these tips to reduce your chances of an alcohol-fueled wedding disaster:

Get started by completing the Event Insurance quote form at Front Row, indicating that “Yes, alcohol will be served at the event.” From there, we’ll need to have a third party (usually the wedding venue itself) have their own primary liquor liability policy. This third party must then add you on as an additional insured. This costs an additional premium but is inexpensive and is certainly well worth the effort for the added peace of mind that it brings if you are indeed hosting a wedding where alcohol is being served.

Throwing a party in your office or at your home or maybe you are renting a venue? 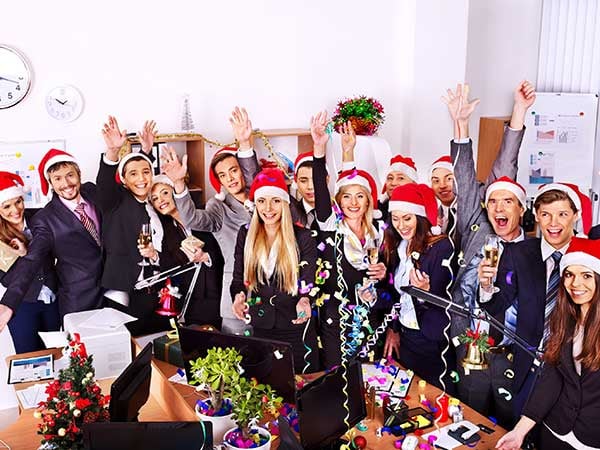 WHAT IS EVENT INSURANCE?

Short-term event insurance protects you from lawsuits caused by damage to the location you are renting or lawsuits that arise if your guests are injured. Your rented venue is likely going to ask for evidence of liability insurance so the venue owners are not drawn into your lawsuit.

What would I need event insurance for?

A quote is also free - a fast quote is available any time of the day or night.

If you will be serving alcohol at your holiday party, make sure that you request host liquor liability coverage. Remember, as a host you are responsible for the safety of any guests. You could be held legally responsible if people consume alcohol during your holiday party and harm themselves or someone else. Consider how your guests will be traveling home.

Get a Free Online Quote Now

About: Front Row Insurance Brokers Inc. is an independent insurance broker that provides insurance for the lowest possible cost. Should a claim occur, Front Row ensures that you receive the money you are owed per the insurance policy, as quickly as possible. Front Row has offices in Vancouver, Toronto, Montreal and Halifax and are licensed and registered in all provinces in Canada.

Insurance for a Picnic: Is it Necessary? 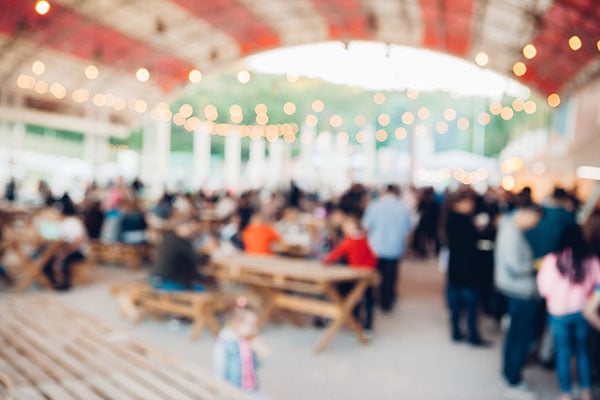 Hosting a picnic for the day? Do you need event liability?

Consider these risks associated with picnics to help you decide:

Front Row Insurance offers online picnic insurance; policies start at $105 (subject to change) and certificates proving insurance coverage for your location are provided immediately. A quote is also free: a fast quote is available any time of the day or night.

If you will be serving alcohol at your picnic, make sure that you request venue alcohol liability. Remember, as a host you are responsible for the safety of any guests. You could be held legally responsible if people consume alcohol during your picnic and harm themselves or someone else. Consider how your guests will be traveling home.

About: Front Row Insurance Brokers Inc. is an independent insurance broker that provides picnic insurance for the lowest possible cost. Should a claim occur, Front Row ensures that you receive the money you are owed per the picnic insurance policy, as quickly as possible. Front Row has offices in Vancouver, Toronto, Montreal and Halifax and are licensed and registered in all provinces in Canada. 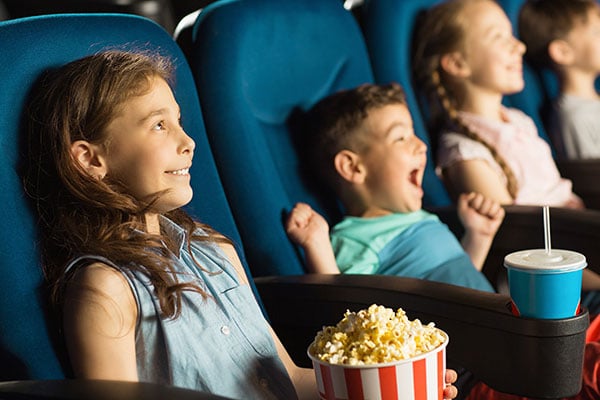 Proper movie theatre insurance allows you to transfer the risks of operating a cinema so you can focus on marketing and growing your business.

Do You Need Movie Theatre Insurance?

Yes: Film house insurance allows you to obtain financing at the bank and it helps you avoid bankruptcy caused by accidents in your theatre. These are some examples of repairs and lawsuits that can happen:

What Does Movie Theatre Insurance Cover?

A basic movie house insurance policy should include compensation for damage to your building or furnishings, as well as your responsibility any customers that are injured visiting your property.

You likely need protection for:

At Front Row we can provide you with:

How Much Does Movie Theatre Insurance Cost?

Depends on your revenue, number of screens, location, construction of your building, age of venue. Contact us for an estimate.

Wedding Insurance: What is it?

What is Wedding Insurance?

Special event wedding insurance protects a couple if they are sued as a result of a mishap at their wedding that injures a guest or damages the venue. It also covers lost rings, presents, gowns but does not cover the missing best man.

Why Get Wedding Insurance?

How Much Does Wedding Insurance Cost?

A basic one day wedding insurance policy that covers: attire, presents, deposits and venue liability usually costs anywhere between $105 and $350 CAD, depending on the amount of coverage you want. Pricing subject to change.

Do You Really Need Wedding Insurance?

If you cannot afford the costs associated with a lawsuit then it is smart to transfer the risks of your wedding to an insurance policy. The cost of one day event insurance for a wedding is usually 1% or less than the cost of your wedding budget. Often the venue will not allow you access until you prove you have short term venue liability. The venue may also want to see evidence of venue alcohol liability.

When Should You Get Wedding Insurance?

As soon as you start your wedding checklist. Let's say you put a deposit on your wedding venue months in advance of your wedding date and then it is damaged in a windstorm a month before the big day. With online wedding insurance, you'll receive your deposit back.

What Does Wedding Insurance Cover?

Check our online site to learn all the ways you will be protected.

Cheap event insurance is available for your wedding online with no need to talk to an insurance broker. Get a free wedding insurance quote in 3 minutes.

About: Front Row Insurance Brokers Inc. is an independent insurance broker that provides wedding insurance for the lowest possible cost. Should a claim occur, Front Row ensures that business rental insurance client receives the money they are owed per the office insurance policy, as quickly as possible.

Disaster on Your Wedding Day?

How to Prevent Wedding Gift Theft

How to Protect Your Wedding Dress

How to Protect Your Wedding Cake

Anniversary Party: 6 reasons why you should purchase event insurance 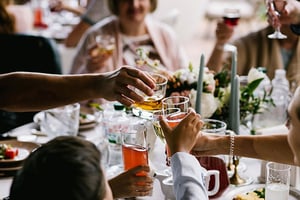 When hosting an anniversary party, most banquet halls and venues such as golf and country clubs will require you to have event insurance in place. Often, the hall will tell you in their contract the short-term venue liability amount required.

One-day insurance is inexpensive. Policies start at $105 CAD and certificates for your anniversary venue to prove you are protected are provided at no cost.

If you will be serving alcohol at your anniversary, make sure that you request venue alcohol liability – available through our online site. Remember, as a host you are responsible for the safety of any guests. You could be held legally responsible if people consume alcohol during your party and harm themselves or someone else. Consider how your guests will be traveling home.

Purchase peace of mind day insurance in about five minutes:

It’s always good planning to have special event insurance for your party because you never know when something unexpected may occur. Anniversary insurance will allow you to fully enjoy your special day.

About: Front Row Insurance Brokers Inc. is an independent insurance broker that provides anniversary insurance for the lowest possible cost. Should a claim occur, Front Row ensures that you receive the money you are owed per the insurance policy, as quickly as possible. Front Row has offices in Vancouver, Toronto, Montreal and Halifax and are licensed and registered in all provinces in Canada.