Host Liquor Liability Insurance – Consider it for Your Wedding 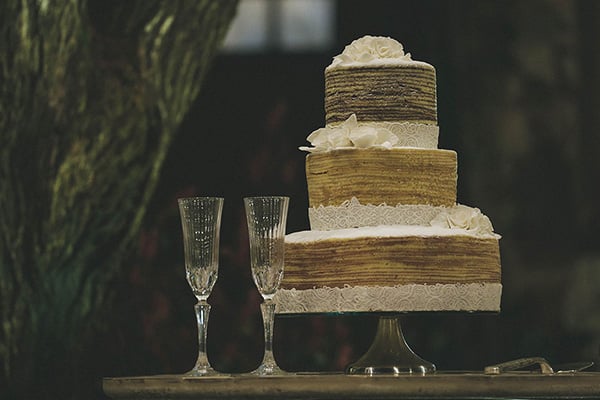 If you’re planning to have alcohol served at your wedding, then it is important to consider adding host liquor liability insurance onto your event insurance policy. Your guests will hopefully behave like responsible adults at all times, but in the event that alcohol fuels a fight where someone gets injured or something similarly troublesome, host liquor liability insurance will cover you.

In this post, we’ll provide an all-encompassing overview of host liquor liability insurance, including an explanation of why it should be considered for weddings and some helpful tips on how to discourage overdrinking at weddings.

What is Host Liquor Liability?

Guests will generally expect liquor to be available at weddings and as soon as you become the “host”, you suddenly have a burden of responsibility to ensure that nothing bad happens as a result of being connected to the supply of that alcohol.

A host liquor liability insurance policy will protect you against losses or damages in case of claims arising from any alcohol-related incidents that might occur at an event such as a wedding. Such “incidents” might include bodily injury or property damage caused by an intoxicated guest who was served liquor at a wedding.

What does it mean to be “over-served”? This refers to when a customer is served too much alcohol, placing the liability on the bartender. In the US, there is the “Dram Shop Act,” which makes a business which sells alcohol or a host who serves liquor to a drinker who is obviously already intoxicated, strictly liable to anyone injured by the drunken guest. The best protection against a situation like this occurring at your wedding (aside from doing a dry wedding) is to hire an experienced bartender; they generally know when it is time to refuse someone more drinks.

A liquor license (or licence) is any license, permit, registration, qualification or other approval required to sell, dispense or distribute alcoholic beverages. 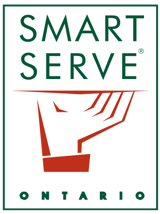 In Canada, multiple provinces require that events (including weddings) that will be serving alcohol have the servers trained under a server training program. This is to ensure that servers are prepared to make informed choices when they sell, serve or offer alcohol. Regulations vary by province. In Ontario for example, there is Smart Serve and in BC, there is Serving it Right.

In the US, liquor licenses are issued separately by each individual state. In New York for example, there is the New York State Liquor Authority, which offers 30 different permits that can be applied for online. In California, there is the Department of Alcoholic Beverage Control, where alcoholic beverage licenses can be applied for and obtained. You can get a quick quote and buy online liquor liability insurance in the US.

More and more, the providers of alcohol are being hit with lawsuits due to alcohol-related accidents at weddings. The venue is usually charged, but the couples holding the wedding are often also named. Examples of alcohol-fueled wedding incidents (where lawsuits may or may not have been involved) include:

In 2018, Daily Mail reported on a wedding in Ludhiana in Punjab, India, where alcohol was being served for free. The wedding day ended in a chaotic brawl (much of it caught on video), with many drunken guests throwing chairs and plates at each other.

In 2014, ABC reported on a wedding in Hobart, Tasmania that ended with the bride in the hospital and the groom and best man under arrest because of an alcohol-fueled brawl at their wedding reception. It took six police units to bring the situation under control.

In 2012, The Telegraph reported that police were called to English soccer player Danny Guthrie’s wedding after a huge brawl broke out on the dance floor. The fight erupted between the groom’s family and the bride’s side as the proceedings neared an end.

None of the above examples indicate that the couple had a host liquor liability insurance policy in place, but it certainly would have been advisable to have one, in all cases.

How to Discourage Overdrinking

Assuming you’ve ruled out the option of doing a dry wedding (a wedding sans alcohol), consider these tips to reduce your chances of an alcohol-fueled wedding disaster:

Get started by completing the Event Insurance quote form (Canada), indicating that “Yes, alcohol will be served at the event.” From there, we’ll need to have a third party (usually the wedding venue itself) have their own primary liquor liability policy. This third party must then add you on as an additional insured. This costs an additional premium but is inexpensive and is certainly well worth the effort for the added peace of mind that it brings if you are indeed hosting a wedding where alcohol is being served.

Are you in the US? Wedding insurance in the US can be arranged quickly through our online program.