Filmmakers, are YOU prepared with cyber insurance if you get hacked?

Filmmakers, are YOU prepared with cyber insurance if you get hacked? 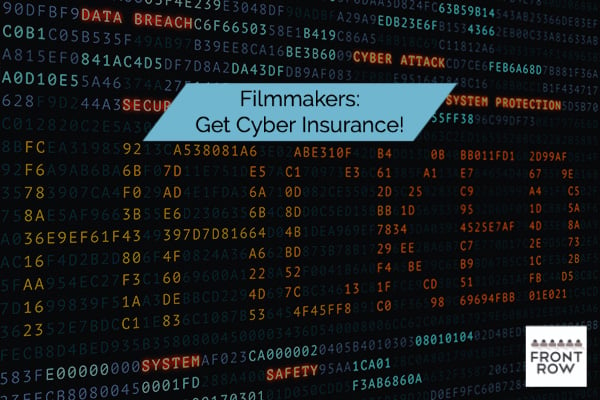 In 2014, a hacker group (likely sponsored by the North Korean government) leaked a release of confidential data from Sony Pictures, including personal information about employees and their families, information about executive salaries at the company, copies of then-unreleased films, plans for future films, scripts and other information. Several Sony Twitter accounts were also hacked.

The group demanded the cancellation of the release of Sony’s comedy film The Interview (2014) and, indeed, major cinema chains opted not to screen the film in response to these threats.

Although the film eventually did reasonably well through a digital-only release, the cinema chain cancellations amounted to (potentially) millions in lost revenue for Sony. With cyber insurance, the included business interruption coverage could cover lost income and related costs.

If a hacker can breach the defences of a large entertainment company such as Sony Pictures, they can certainly breach a smaller production company, too. Hackers are becoming smarter, making it harder for production companies to defend themselves from a data breach.

In 2017, LA-based digital production company Larson Studios was hacked. The hackers apparently purloined 10 episodes of Orange is the New Black, which Larson Studios produces, then demanded ransom to prevent the shows from being released unofficially.

Larson Studios made the difficult decision to wire more than $50,000 USD in extortion money to the hackers. Yet, the unscrupulous hackers still leaked the stolen episodes on a file sharing website more than a month before the show was set to premiere. Cyber insurance would cover payments to those who threaten to obtain and disclose sensitive information.

Larson Studios made another expensive decision: to hire private data security experts to find out what happened. With cyber liability insurance, the cost of a forensic investigation is included in the policy.

Cyber hack insurance for filmmakers is designed to protect them from certain losses associated with data breaches and hacks. After a hack, there are costs you may incur, including (but not limited to):

SO, HOW CAN CYBER INSURANCE HELP FILMMAKERS?

Hack insurance can help with expenses associated with managing a hack, such as incident response and data recovery expenses.

PROTECT your data: If you’re a filmmaker, the second-most important object you own, next to your camera, is likely your computer. You likely do your video editing using it, and likely maintain your production company website(s) using it.

Not only is your work stored on your computer(s), you may also have accounting, employee and/or client personal information on there. If you suffer a hack, your insurance can help you manage the costs associated with the loss. Front Row's cyber hack insurance policy starts at just $300 CAD annually and includes comprehensive cyber coverage with limit options up to $1,000,000.

90% of small businesses in Canada do not have Cyber Insurance: take a few minutes to protect your production company, which has taken you so long to establish.

About: Front Row Insurance Brokers Inc. is an independent insurance broker that provides cyber insurance for the lowest possible cost. Should a claim occur, Front Row ensures that clients receive the money they are owed per the policy, as quickly as possible. Front Row has offices in Vancouver, Toronto, Montreal and Halifax.