The Delicate Art of Making a Bio Pic without Getting Permission

June 25, 2015 • Jeff Young and Tarek Elneweihi
Share this post:
This article is written for the sole purpose of providing general legal information and education and is not intended as a legal opinion specific to the laws of your jurisdiction.


Can you make a documentary (or any film) about someone without their permission?

So, after seeing The Social Network you decide that you too want to make a film about a famous person’s life, but you are not sure whether you will be able to get his or her permission. Is it possible for you to go ahead and make the film without getting the individual’s permission and without getting sued? 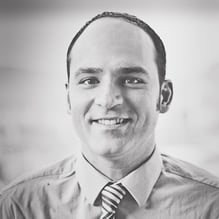 Well, to the surprise of some, the short answer is yes…in some cases. But while you may be among those that are surprised by this answer, it will likely not surprise you that the real answer to the question is more complicated than a simple “yes” or “no”. As with most legal issues, to comprehensively answer the question posed, a more in-depth discussion is required.

Furthermore, while it may be possible for you to make a movie about a famous person without getting sued, there are sound reasons why getting permission may still be the right choice for you. One such reason is the possible consequence to your E&O insurance deductible, which could become much higher if you do not get permission.

In this article we will first review the legal issues involved when making a film like The Social Network, then we will look at some practical reasons for securing permission from the subject of your film, focusing on how it could affect your E&O insurance deductible.

What is a Docudrama?

Let us start by looking into what category of film The Social Network falls under, and what the law has to say about it. While The Social Network was a movie that purported to be based on facts about actual people and events, it is safe to say that it is not a documentary. In other words, rather than attempting to accurately dissect the actual historical events that the film is based on, as is the typical approach of documentaries, The Social Network utilizes some artistic license in depicting select real-life historical events in a way that is intended to be appealing to drama-loving, movie-going audiences.

So what category of film applies to The Social Network? The answer is that it is a type of biopic commonly referred to as a “docudrama”. Docudramas have been judicially recognized in a number of U.S. court cases, including the case of Seale v. Gramercy Pictures 964 F.Supp. 918 (1997), which dealt with the motion picture entitled Panther. In Seale the court stated (my underlining for emphasis):

“…the film "Panther" is best categorized under the film genre of “docudrama.” He testified that the “key” to making a docudrama is to capture the “essence” of an historical event and not necessarily to recreate for the audience every historical detail of that event.  …such major motion pictures as “Ghandi” and “JFK” are appropriately classified as docudramas.”

The court finds that the film “Panther” is a “docudrama” and not a “documentary” film. A docudrama is a “motion picture presenting a dramatic recreation or adaptation of actual events.”  [...]  It “is a dramatization of an historical event or lives of real people, using actors or actresses. Docudramas utilize simulated dialogue, composite characters, and a telescoping of events occurring over a period into a composite scene or scenes.”

Clearly, by this definition The Social Network is a docudrama.

What Legal Issues Should You Look Out For?

Generally, when making docudramas about famous personalities, the legal issues to watch out for include Rights of Privacy, the tort of False Light, Rights of Publicity and the tort of Defamation. Let us now look at each of these issues in more detail.

The Right of Privacy is the qualified legal right of an individual to have reasonable privacy in not having his or her private affairs made known or his or her likeness exhibited to the public having regard to that individual’s habits, mode of living, and occupation. In the case of deceased individuals, their Right of Privacy dies with them. This is not the case with living individuals, such as Facebook’s Mark Zuckerberg. However, the First Amendment of the American Constitution allows docudrama filmmakers the right to make a movie about any living person without permission, so long as it does not violate his or her privacy rights or defame them.

The Right of Privacy can take several forms. For example, you cannot “out” someone in any way. In other words, you cannot reveal the private facts of someone’s life (i.e. facts that are not publicly known) or intrude into someone’s private space in the course of your filmmaking. However, if the matter is of public interest, you can reveal it. Generally, the courts have held that the more famous an individual is, the more likely the matter is in the interest of the public.

So, in the case of famous living individuals, when making a docudrama about them you must be careful not to intrude on their Rights of Privacy, while with deceased individuals you need not be concerned about such rights. We can assume that the creators of The Social Network were careful not to violate Mark Zuckerberg’s Rights of Privacy since the deep-pocketed Internet mogul has not sued them to date.

The tort of False Light is one of several torts under the category of invasion of privacy where a defendant is accused of spreading falsehoods about a plaintiff that would be considered objectionable by the average person. The film Panther, which, as mentioned above, was the focus of the case of Seale, also discussed the tort of False Light. The film integrated actors playing fictitious characters with actors playing the roles of the real-life leaders of the “Black Panther Party”, an organization that was formed in Oakland, California in 1966. The Plaintiff in the case, Bobby Seale, was the co-founder of the Black Panther Party. Seale sued on the basis that the Defendants’ portrayal of him in the film placed him in a “false light” and therefore violated his common law Right of Privacy.

In the court’s analysis of the facts of the case it was recognized that Panther did not purport to maintain strict fidelity to fact and primarily represented a work of entertainment as opposed to a fact-specific historical account of events. Hence why the court used the term “docudrama”. The court even acknowledged that there were certain scenes that were made up for dramatization, and other significant, perhaps even landmark moments in Seale’s life that were omitted. The court further ruled that during some moments in the film there were indeed elements that portrayed Seale in a “false light”.

However, notwithstanding the above, the court ruled in favour of the filmmakers based on the court’s view that First Amendment constitutional protections have higher priority. The court stated that unless Seale could prove with convincing clarity that the filmmakers acted with actual malice, then “substantial accuracy” to the facts was enough to exonerate them. It is worthwhile to note that the film did not portray or reveal any private activities of Bobby Seale that were not already in the public domain.

So, it seems that as long as you make a movie that is substantially accurate with respect to the facts of the individual’s life whom you are portraying, you can get away with utilizing the same artistic license that the creators of The Social Network made use of. This is likely why Mr. Zuckerberg did not sue the film’s producers despite the fact that he did not agree with his portrayal as a nerdy social recluse who created Facebook to make friends and become “popular”. This reason alone would likely not be enough to win a lawsuit since the writers of The Social Network used care to write a script that was substantially accurate with respect to the historical events that were portrayed.