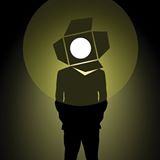 Interns abound in film, television, and performing arts production. Every year young people develop their skills and gain knowledge through these hands-on work experiences. But for producers providing these opportunities, it's important to be aware of the allowable scope of the duties that can be assigned to interns.

In 2013, the Producers of the Charlie Rose show settled a $250,000 class-action lawsuit brought by unpaid interns. The action alleged that the Producers did not adhere to protocols set-out under the US Department of Labour codes, which say:

In Canada, there aren’t any laws directly regulating internships; however, standards could be considered if an action was to be brought against a Producer.

The Canadian Intern Association's (www.internassociation.ca) mandate is to advocate against the exploitation of interns and aim to improve the internship experience for both interns and employers.

In a 2011 Canadian Press article, employment lawyer Andrew Langille, is quoted as saying upwards of 95% of unpaid internships (in Ontario) are probably illegal, because interns are doing work typically performed by paid employees.

If you are using interns, protect yourself by following some simple guidelines:

Many intern programs require you have accident insurance for your interns. Varying levels of insurance can be purchased at a reasonable cost either for the assignment or to cover all interns throughout a specified period.   Understanding whether your liability insurance will respond to claims related to an intern being injured is critical and a review of your policy is recommended before you decide to bring on an intern.

Interning is a proactive way for the industry to participate in developing the skills of their future production staff and it can be a terrific opportunity for young people who want to build a career in arts & entertainment, media & culture. As is the case with most things, clear and regular communication can help ensure it doesn't present an unexpected risk to you.