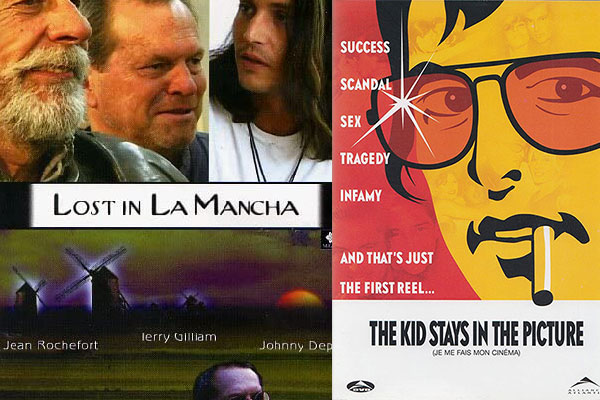 (in no particular order):

1. Lost in La Mancha / He Dreams of Giants 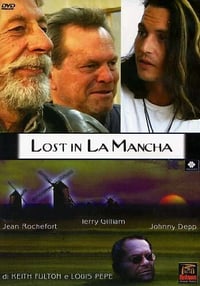 Film critic Leonard Maltin has described Lost in La Mancha (2002) [Amazon Link] as one of the best films about the process of moviemaking. A follow-up to this documentary, He Dreams of Giants, was released in 2019.

Director Terry Gilliam had a very hard time making his Don Quixote movie, which he started on in 1989 and finally released in 2018 as The Man Who Killed Don Quixote. All the trials and tribulations associated with finally getting this movie made are documented in these documentaries, which stand on their own as fascinating documents of the filmmaking process. 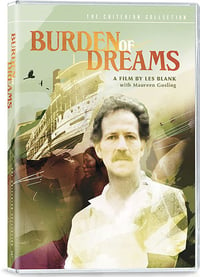 Burden of Dreams [Amazon Link] is a 1982 "making-of" documentary film, shot during and about the chaotic production of Werner Herzog's film Fitzcarraldo.

Filming on location in the jungles of Peru, the crew (unsurprisingly) experienced challenges with the extreme heat and other weather issues. Herzog’s determination to literally have a steamship manually pulled over a steep mountain also proved challenging – but it all makes for amusing viewing. 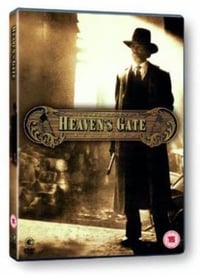 Director Michael Cimino's Heaven's Gate has been widely panned as among the worst box-office bombs – and to many, even one of the worst movies of all time, period – but its making-of documentary, on the other hand, Final Cut: The Making and Unmaking of Heaven's Gate [Amazon Link], has been critically acclaimed. This doc is available as an extra on the Heaven’s Gate DVD (Disc Two - Bonus Features).

The production faced numerous setbacks, including cost overruns, significant retakes, bad press, and rumours of Cimino's allegedly authoritarian directorial style. It’s all on display in this fascinating making-of doc – “warts and all”. 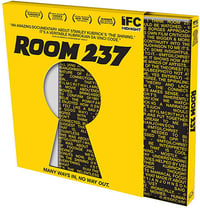 The Making of "The Shining" [Amazon Link] is a 30-minute documentary directed by Stanley Kubrick's daughter Vivian. Kubrick fans will find this making-of doc particularly fascinating, as it includes footage of Kubrick actually directing on set. It is included as an extra on the regular movie DVD.

Another related documentary is Room 237 [Amazon Link], which is an entertaining and often amusing exposition of the many interpretations of this much-discussed horror film.

American Movie [Amazon Link] is a humorous document of the 1996–97 making of Coven, an independent horror film directed by American filmmaker Mark Borchardt.

Coven experienced numerous setbacks, including poor financing, a lack of planning, and overall ineptitude from the friends and family Borchardt hired as his production team. However, this often-comical ineptitude is what makes the movie funny and memorable.

6. The Kid Stays in the Picture 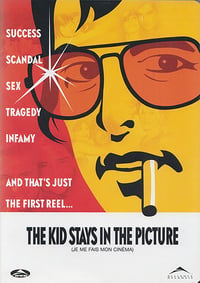 The Kid Stays in the Picture [Amazon Link] is particularly important for any burgeoning (or established) film producers to watch, as this documentary focuses on the career of one of the most successful producers of all time, Robert Evans (produced Rosemary's Baby, Love Story, The Godfather, Chinatown, and others). All film producers can learn a lot from Evans’ storied career.

This documentary utilizes Evans' narration interspersed mostly with photographs from Evans' life, brief film snippets, and interviews to tell the story of his film producing career. 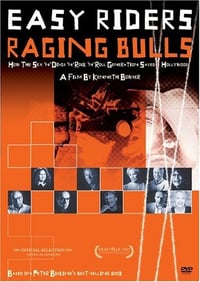 Easy Riders, Raging Bulls [Amazon Link] is a documentary (based on the book by Peter Biskind) on 1970s Hollywood/the “American New Wave”, a period of American cinema known for the production of such films as The Godfather, The Godfather Part II, Chinatown, Taxi Driver, Jaws, Star Wars, The Exorcist, and The Last Picture Show.

It would make sense to watch this in conjunction with the aforementioned The Kid Stays in the Picture, since Bob Evans produced some of the notable ‘70s-era movies discussed in Easy Riders, Raging Bulls, including the masterpiece Chinatown.

Directed by Andrei Tarkovsky [Amazon Link] follows this renowned Russian filmmaker as he was working on his final production, The Sacrifice. The documentary can be found on Disc Two of The Sacrifice DVD.

This documentary includes some interesting interviews with Tarkovsky, and examines his meticulous creative process and uncompromising vision. The focus is not so much on Tarkovsky's career, but on the man himself – his thoughts, ideas and personality.

Electric Boogaloo: The Wild, Untold Story of Cannon Films [Amazon Link] is a funny documentary about Cannon Films, which produced mainly “B movies” from 1967 to 1994.

This production company was known for creating “schlock” films but some cult classics also, including Runaway Train (1985), The Delta Force (1986) and Charles Bronson’s Death Wish series.

Electric Boogaloo pays tribute to this era of “schlock” filmmaking with a nostalgic look back that's arguably more entertaining than much of Cannon's own “B movie” product.

10. The Cutting Edge: The Magic of Movie Editing 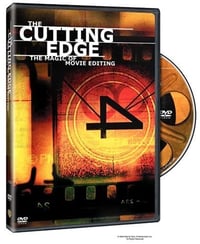 The Cutting Edge: The Magic of Movie Editing [Amazon Link] focuses on the underappreciated craft of movie editing. Kathy Bates narrates this history of the art of editing, punctuated by dozens of scenes to illustrate the power of editing in heightening reality and making a visceral impact on the viewer.

If you’re watching documentaries about filmmaking, chances are that you’re a filmmaker or planning to be one. And if you’re a filmmaker, you’ll want to consider insuring your valuable filmmaking gear and film productions. Consider Front Row Insurance: