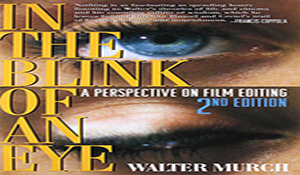 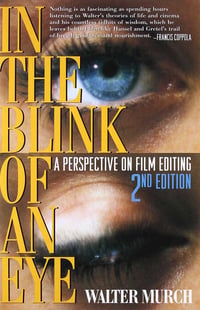 1. In the Blink of an Eye | best books on film editing

In the Blink of an Eye [Amazon Link] by celebrated film editor Walter Murch is certainly one of the most well-known and well-respected books on film editing. And even if you’re not an editor yourself, the better you understand editing, the better a filmmaker you’ll be, overall.

It is a slim volume of under 150 pages. The book discusses the aesthetics and practical concerns of cutting film; many of these concepts can also be applied to digital editing.

One user’s comment (Jake) on Goodreads: “I'm glad to report that the book is refreshingly non-dogmatic, optimistic even, about the way we will interface with cinema in years to come.”

2. Rebel Without a Crew 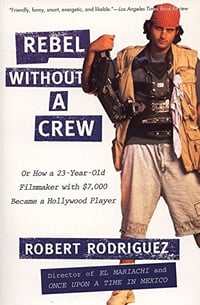 While directing El Mariachi in the early ‘90s, Robert Rodriguez kept a diary that would become the basis of this book, Rebel Without a Crew [Amazon Link].

The book is funny and informative for independent filmmakers who are trying to make a movie as cheaply as possible. Although some of the film-focused techniques Rodriguez used many seem a bit dated for today’s digital filmmakers, there is still insightful information here on how Rodriguez handled pre-production, production and post-production for El Mariachi. 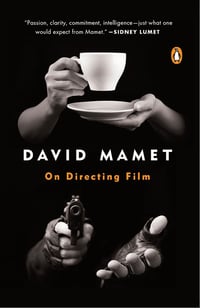 David Mamet is very much one of those love-him-or-hate-him type of writer/directors, but there is no denying that he is a thoughtful individual and all filmmakers can likely learn a thing or two from him. This On Directing Film [Amazon Link] book was published around the same time that his underrated film Homicide (1991) was released.

This slim volume (128 pages) includes a chapter on one of the thorniest questions in filmmaking, “where do you put the camera?” 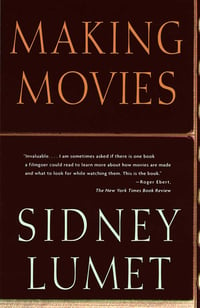 Sidney Lumet (Dog Day Afternoon, 12 Angry Men, Serpico, Network) is generally regarded to have been a highly competent film director and his Making Movies [Amazon Link] book is part-memoir, part-instructional manual on how to direct movies. 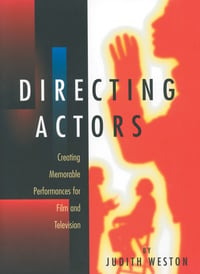 Directing Actors [Amazon Link] by Judith Weston is a well-reviewed book on both Amazon and Goodreads. Weston is a renowned acting consultant to directors of film & TV.

6. How to Shoot Video That Doesn't Suck 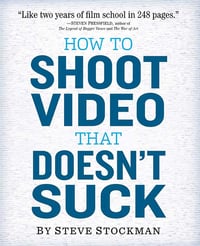 A more modern entry compared to the aforementioned books, and focused more on videography, How to Shoot Video That Doesn't Suck [Amazon Link], published in 2011, has received solid reviews across both Amazon and Goodreads.

Sections include “Think like a director”, “Preparation – The secret of the pros”, “Setting the stage”, “How to shoot video that doesn’t suck”, “Special projects”, “After the shoot”, and “Wrapping up the project”.

One user’s review (DG) on Amazon: “Excellent tips that get right to the point. I got a lot out of this book to apply to short video interviews, etc.” 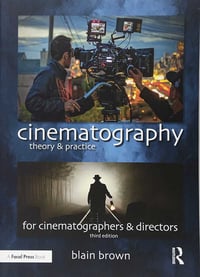 Blain Brown is a cinematographer, director and writer based in LA. His book Cinematography: Theory and Practice [Amazon Link] has become one of the most well-regarded books on cinematography.

This book covers the artistic side as well as the deeper technical elements of cinematography. 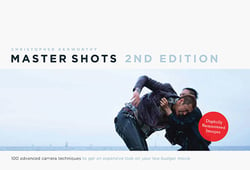 Master Shots [Amazon Link] is a three-volume series about filmmaking best practices. This Volume 1 is about advanced camera techniques.

These books include many clear pictures and references to help filmmakers understand the concepts. 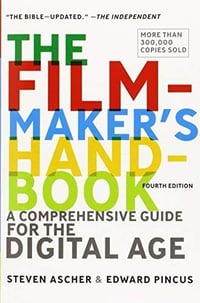 The Filmmaker's Handbook: A Comprehensive Guide for the Digital Age [Amazon Link] has received positive reviews across Amazon and Goodreads. At almost 900 pages, it certainly is comprehensive, as its title claims. The author, Steven Ascher, is a Harvard graduate and documentary filmmaker. 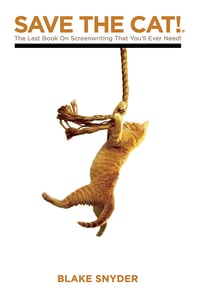 Save the Cat! [Amazon Link] is a book on screenwriting. The book’s late author, Blake Snyder, was an American screenwriter, consultant, author and educator based in LA.

The book includes helpful advice for both novice and professional screenwriters to improve their ideas, pitches, story structure, dialogue, revisions, and more. At the end, it has a helpful glossary of common screenwriting terms used in Hollywood.

User comment (Yanick) on Amazon: “Very interesting, not theory obsessive; the goal of the book is to allow you to build a Hollywood-minded script.”