Blurring the Lines of Music Infringement Law - 3 Perspectives in One 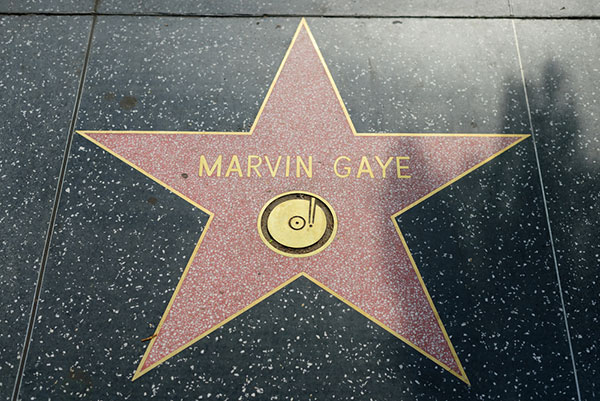 For many years of my life, I have had the pleasure of enjoying three simultaneous careers. I am a senior member of the Bar of British Columbia, Canada focusing on entertainment law, I am a member of the State Bar of California, USA, regularly dealing with my colleagues in Hollywood, and I am a music producer and composer with a current co-write on the radio and a cue on a currently airing TV show. Very rarely does a legal case affect me in all three of my careers at once. The recent music infringement lawsuit between the Marvin Gaye estate vs Robin Thicke and Pharrell Williams over the songs Got to Give It Up (by Gaye) and Blurred Lines (by Thicke/Williams) does exactly this. As a result, I thought it would be interesting to present my commentary from all three of these perspectives, separately.

From the American lawyer’s perspective

The general understanding among attorneys practicing music law in America is that a composition infringes on another when there are substantial similarities between the melodies of one song versus that of another. The precedent setting cases have all generally ruled that similarities in chord progressions and general rhythmic feel – or as some would call it, the “groove” – does not constitute infringement. You need to have melodies that sound alike. In fact, mere similarities in the groove of a song is usually considered a genre. There is no copyright in a genre and there is no copyright in a chord progression.

In comparing Blurred Lines and Got to Give It Up, there is clear evidence that Thicke and Williams meticulously copied the groove of Got to Give It Up. There are also some similarities in the bass line of the two songs, but those similarities do not seem substantial. On a pure legal analysis, it would not seem like this was a case of infringement. However, the case went to a jury, who may have been influenced by the apparent bad attitude and demeanor of Robin Thicke in court. Also, no one in the public has seen the musicologist reports that stated that there was in fact compositional infringement, not just a copying of a feel, groove or genre.

Furthermore, jury decisions only decide individual cases based on fact. No reasons are delivered and technically, no legal precedent is set. The message to any disgruntled music creator is that regardless of the existing law and established precedents, if you take an infringement case to a jury, you may still win if you can convince them there was some form of copying, regardless of what aspects were copied and what the legal precedents say to the contrary.

What does the American music lawyer typically say when asked by a client who wants advice on what they can do before going into the recording studio? Prior to this decision, the advice given would be that the client can copy a feel, groove or genre, but you cannot copy melody lines, hooks (or lyrics, if any). Following this advice, the client is told that they will likely going to avoid a lawsuit because prior cases have held that it is reasonable to assume that we are all influenced by the feel, groove and genre of the music that we listen to and like, and that alone does not amount to an infringement. Now, while the American attorney can still technically say that the law really hasn’t changed, he or she will now have to further advise the client that any disgruntled music creator can still file a lawsuit, choose a jury trial, and convince the jury that there is infringement anyways – particularly if that client isn’t liked by the jury.

I have always believed that certain issues such as music copyright infringement should not be submitted to juries because juries lack the legal training necessary to make the correct legal decision. There is a tendency to ignore established law and go with what seems intuitively right based only on the facts, and decide accordingly, sometimes even when the judge’s instructions are otherwise. That leads to bad law. Juries in America are not obliged to give reasons, so we will never be able to tell if they understood what the law really was to begin with. This kind of uncertainty is scary. Really scary.

From the Canadian lawyer’s perspective

Canadian music lawyers will likely never face a case like this one. Music infringement cases are not decided by juries in Canada. They will be decided by judges who must provide legal reasons that at least can be appealed if the reasons appear incorrect. Also, an American trial jury decision with no reasons provided has no legal weight as precedent in Canada. So as a Canadian music lawyer, if a client asks me how to avoid infringement, I would still advise that you can copy a feel, groove or genre, but avoid copying melody lines (and lyrics, if applicable) and you are likely going to avoid a lawsuit because we are all influenced by the feel, groove and genre of the music we listen to and like the most.

However, most clients that come to me in Canada don’t just want a Canadian hit. Their dream is to have a hit in America on American radio. Therefore, it would not make sense for Canadian lawyers to completely ignore the Blurred Lines decision. In other words, while this decision has no formal effect on Canadian law, it will likely have some effect on Canadian music creators, especially those whose creative works cross the border, and it would be unwise for a Canadian entertainment lawyer to not point that out.

What is the result for Canada? Well, we now have one single jury in America rendering a decision (a decision involving their own interpretation of music law that they do not have to provide reasons or account to anyone else for) likely affecting the future behavior of most of the music creators in another country for a long time to come, even though the laws of their own country does not require them to behave that way. Bizarre.

From the Producer’s and Composer’s perspective

In the film industry, scripts are reviewed, potential infringements are identified, and the resulting clearance reports get sent to entertainment lawyers to review and to render opinions as to whether changes to the scripts are needed. This is all part of the “errors and omissions” process that because of the history of lawsuits in that industry, has become common and standard, if not virtually mandatory. Basically, the lawyers have to tell the filmmakers what is allowed on the screen, or not.

This “clearance process” also happens, in a lesser degree, with books. Literary publishers often retain lawyers to engage in a “libel read” of a book to identify possible legal risks before the book is released, and sometimes, risky portions of the book are edited out.

If the results of the Blurred Lines case continue in future jury decisions in this manner, the state of legal uncertainly may become such that major labels releasing records may become so concerned that they will have to adapt a similar process for the music industry. After all, this case resulted in verdict of over $7 million!

In other words, the “clearance reports” will have to be done by qualified musicologists who will review the entire album and identify potentially infringing phrases or “hooks”, and then submit those musicology reports to entertainment lawyers who will then render opinions on what can be left in and what has to be removed.

If this sounds ridiculous, I would remind you that I’m sure this seemed as ridiculous to filmmakers and book authors of past eras, but lawsuits in those industries have now made clearances commonplace. Basically, lawyers will have to tell the music producer what is allowed on the records, or not.

I’m not sure I would ever like this – even if I’m the lawyer clearing my own work!

As a composer, I am often asked by film directors to create “sound-alikes”, especially when the film is independently made and there is no budget to license a major hit song. A “sound-alike” is a music cue that copies a feel, groove or genre, but does not copy melody lines (or lyrics, if applicable) in order to avoid a lawsuit. Now, in view of the Blurred Lines case, this approach may not work anymore. Some questions that arise for the music composer: Is it reasonable to force all of these independent films to only license the hit music track when the director is only looking for a similar feel, groove or genre? How will these multi-million dollar awards affect the future careers of upcoming composers if they are living in fear of lawsuits for everything they try to create with an established feel, groove or genre?

The Blurred Lines decision introduces significant uncertainty into music infringement laws. This uncertainty is aggravated by the fact that juries are not required to render reasons for their decisions.

It is my understanding that Thicke and Pharrell have filed an appeal of this decision. I sincerely hope that the appeal will succeed at least in part – specifically, from the point of getting clarity on the legal principles involved.

I am much more concerned about that than which side winds up with the $7M. I just want the lines of music infringement law to be less blurred!

JEFF YOUNG
- The Lawyer's Lawyer
- Educator and formerly practiced in-house with VANOC and UBCP
- Music Producer, composer and expert snowboarder
- Called in BC (1988) and California (2010)