Let’s provide a high-level overview of some of the best film festivals in Metro Vancouver. Of course, there are other good film festivals in the area and this list isn’t comprehensive; however, the below festivals are certainly among the biggest in BC.

The most prominent and well-known film festival in Vancouver is, of course, the Vancouver International Film Festival (VIFF). Founded in 1958, VIFF is among the five largest film festivals in North America. The festival screens films annually from approximately 73 countries on 10 screens.

The festival has three main programming platforms: East Asian cinema, Canadian cinema and documentary. During the pandemic in 2020, VIFF nimbly transitioned their festival to an online format with their VIFF Connect platform.

The Italian Film Festival is usually presented in cooperation with the Vancouver International Film Festival and the Consulate General of Italy in Vancouver.

This niche festival’s mandate is to raise awareness and promote all aspects of Italian cinema. The festival is presented to the public every January during a one-week run at the Vancity Theatre – VIFF Centre.

The Whistler Film Festival (WFF) is an annual film festival held in Whistler, BC, established in 2001. A conference for the Canadian film industry, known as the Whistler Summit, is organized in connection with the film festival.

The festival has juried competitive awards, namely the Borsos Award and the Pandora Audience Award. In 2020, WFF moved to an online film-viewing format from Dec. 1-31.
Front Row has been a proud sponsor of the Whistler Film Festival for many years. 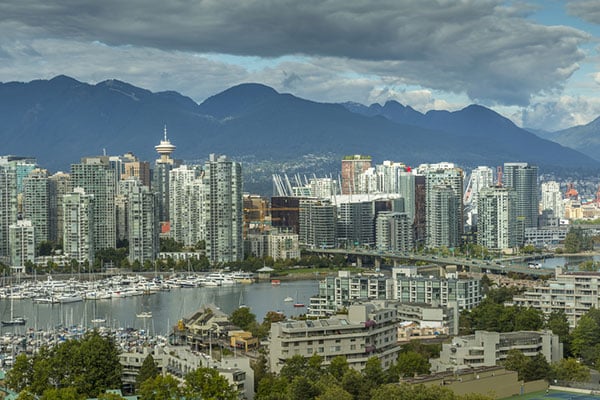 The Vancouver Short Film Festival (VSFF) is all about celebrating the vibrant community of short film, video, and animation artists on the Canadian West Coast.

Established in 2005, VSFF now regularly receives over 250 submissions a year, and the festival awards over $15,000 worth of prizes directly to filmmakers annually. In 2021, VSFF moved to an online format. Front Row is a proud sponsor of VSFF.

Crazy8s is another short film-focused festival held annually in Vancouver. The festival is essentially a filmmaking competition that provides funding and support to local filmmakers to shoot and edit a short film in eight days.

Established in 1999, Crazy8s involves filmmakers pitching their ideas to industry professionals. About 200 teams annually submit a video pitch, ~40 are chosen to pitch in-person to a jury, ~12 teams advance to the script stage and then ~six finalists are announced in January. Front Row is a sponsor.

The Vancouver Queer Film Fest (VQFF) is a film festival that takes place annually during the month of August. The festival was first held publicly in 1989. It is Vancouver's second largest film festival and Western Canada's largest queer arts event.

The festival’s awards include the People's Choice Award for Best Feature and the Gerry Brunet Memorial Award. Brunet was a lifelong contributor to the arts and an early board member of the festival.

Due to the COVID-19 pandemic, the 32nd annual (2020) VQFF adapted to an online format in order to offer at-home audiences the best in independent queer cinema.

The Vancouver International Women in Film Festival (VIWFF) is all about showcasing short & feature-length films of various genres by established and emerging women-identifying filmmakers.

The WIFT Vancouver Society that organizes the festival was founded in 1989. The festival offers artist talks, networking events, an awards ceremony and an International Screenplay Competition. Due to restrictions caused by the COVID-19 pandemic, the 2021 festival moved to an online format.

Front Row is a proud supporter of WIFT and we have a WIFT-US insurance program offering discounted rates on production and errors & omissions insurance.

The Reel 2 Real (R2R) International Film Festival for Youth inspires and equips youth (between the ages of 6 and 19) to analyze, appreciate, explore, create and share independent media.

R2R is an annual film festival based in Vancouver and established in 1998. The festival began as a four-day event in one venue and expanded to an eight-day event in two venues: the Roundhouse Community Centre and Vancity Theatre. Due to the COVID-19 pandemic, the R2R 2020 festival was cancelled.

The festival screens both Canadian and international films, including live-action dramas, documentaries and animated features and shorts.

VAFF is Canada’s oldest Asian film festival, exhibiting films and videos by North American artists of Asian heritage. The festival was founded in 1995.

VAFF strives to promote dynamic and innovative images of Asians, especially Asian Canadians, in roles that are usually not found in mainstream film and television.

A lot of great cinema has come out of Iran over the years and this Vancouver-based film festival showcases movies from this country. The festival is organized by Aria Persys Film Production.

VANIFF is all about screening the latest and best Iranian cinema in fine venues across Vancouver, North Vancouver, Coquitlam and throughout BC.

If you’re researching film festivals in Vancouver, chances are that you’re a filmmaker yourself or somehow involved in the film industry.

About: Front Row Insurance Brokers Inc. is an independent insurance broker that specializes in the entertainment industry – specifically, the film industry. Front Row works hard to provide insurance protection for the lowest possible cost. Should a claim occur, Front Row works diligently with clients and insurers to expedite the payment of claims. Offices in: Vancouver, Toronto, Montreal, Halifax, NY, Nashville and LA.