Let’s provide a high-level overview of some of the best film festivals in Quebec, including Montreal and Quebec City regions. Of course, there are other good film festivals in the province and this list isn’t comprehensive; however, the below festivals are certainly among the most notable in Quebec.

Les Rendez-vous Québec Cinéma is a film festival affiliated with the Québec Cinéma organization, created in 1982 to celebrate the film production of Quebec. Two editions are offered, one in Montreal and the other in Quebec City. Awards conferred at this festival include Best Documentary, Best Student Film, Best Fiction Short Film and best Franco-Canadian film.

Globalex/Front Row has been a proud sponsor of Québec Cinéma.

Kino is a filmmaking movement that advocates the production of short films on little to no budget with small crews and non-competitive collaboration. The Kino movement was founded in 1999 in Montreal.

La Gala Kino is a short film festival held annually in Montreal – usually December – and is attended by 400+ people from the Quebec film and TV industry. In response to the COVID-19 pandemic, the 2020 gala was held online.

Globalex/Front Row has been a proud sponsor of La Gala Kino.

Fantasia is a genre film festival based in Montreal. Founded in 1996, the festival offers an eclectic lineup of domestic and international films. Horror, sci-fi, fantasy and animation are all staples at this festival.

The organizers present a number of awards at the conclusion of each annual festival, including the Barry Convex Award for best Canadian film premiering at the festival. Convex is a character from David Cronenberg’s movie Videodrome (1983).

In response to the COVID-19 pandemic, Fantasia 2020 was done as an online festival.

Awards conferred at this festival include the Louve D’Or for best feature film, the Prix d'interprétation for best actor or actress and the Grand prix for best short film.

CINEMANIA is an annual film festival held in Montreal. This festival is dedicated solely to French-language feature films from France, Belgium, Switzerland, Quebec, Algeria and other French-speaking regions around the world. All films screened must be North American, Canadian or Quebec premieres and all are subtitled in English.

The festival confers a variety of awards, including the Mel Hoppenheim Prix du Public for the most popular film by public ballot, the TFO Audience Award for best first feature film from a francophone director and the Prix Jeunesse for the best film of the “Compétition Visages de la francophonie”.

In response to the pandemic, the 2020 edition of CINEMANIA was held online.

The Montreal International Black Film Festival (MIBFF) is an annual film festival based in Montreal. Founded in 2005, this festival programs a selection of African, Caribbean, African American and Black Canadian films.

Festival awards include the MIBFF People’s Choice Award and the Career Achievement Award. The MIBFF screens films and holds activities in both English and French.

Due to the COVID-19 pandemic, the 2020 festival was presented entirely online.

The Quebec City Film Festival (QCFF) is a film fest held annually in Sept. in Quebec City. It screens short and feature films and premieres movies from all over the world.

Founded in 2011, this festival presents about 50 international feature films and more than 100 short films. The films represent all cinematographic genres and perspectives from all over the world, attracting an audience of 25,000+ annually.

The Montreal International Documentary Festival (RIDM) is – as its title suggests – focused on documentary cinema. Founded in 1998, this festival’s program is usually organized around social, political and environmental themes.

The RIDM is home to "Forum RIDM", Quebec's foremost documentary marketplace, offering professional workshops, lectures and roundtables that focus on training, discussion and sharing of knowledge among various players in the industry.

Image+Nation is an annual eleven-day film festival that takes place in Montreal. Founded in 1987, this festival is dedicated to sharing the stories and experiences of LGBTQ people.

Each year, the festival screens the best of local and international queer cinema at various Montreal venues, focusing on new voices and evolving means of storytelling in contemporary culture.

Awards conferred at this festival include the Jury Prize, the Audience Award, the Feature Film Award and the Documentary Film Award. In response to the COVID-19 pandemic, Image+Nation went online as well as offered a “Dinner+Movie experience” where the festival teamed up with local queer-owned eateries in Montreal and across Quebec. 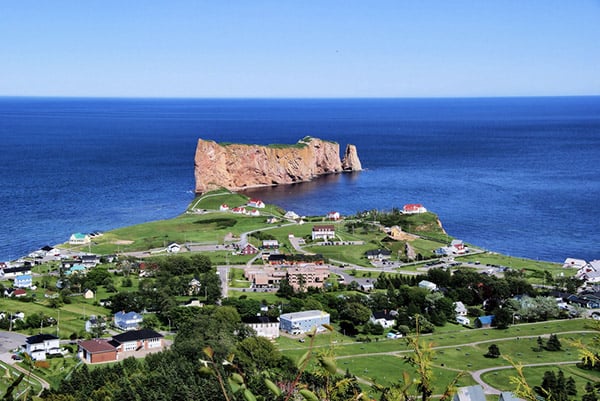 Les Percéides is a film festival, staged annually in Percé, QC. The festival's name blends the town's name with the Perseids meteor shower (perséides in French).

Founded in 2009, this festival aims to promote independent cinema to the public in Gaspésie and to participate in the discovery of promising young talent in contemporary cinema. Awards conferred at the festival include the Jury Grand Prize, Best Canadian Documentary, Best National Short Film and Best Student Short Film.

Due to the COVID-19 pandemic, the 2020 festival was staged entirely outdoors, taking place at a drive-in theatre in nearby Petit-Pabos.

If you’re researching film festivals in Montreal, chances are that you’re a filmmaker yourself or somehow involved in the film industry.

Front Row’s Short Shoot insurance policy (Canada) is a good option for insuring your short-term film projects. Coverage for up to 15 consecutive days of filming. The coverage is available online, 24/7. Covers rented gear, rented locations, rented props, sets, wardrobes, and more. You can get a quote in two minutes and purchase a policy 100% online. If you are in Quebec, please use this form.

Front Row’s DigiGear insurance policy (Canada) is a good option for insuring your filmmaking gear, including your film camera(s). Also available online. Quotes in 2 minutes; policies available in 5 minutes. Shop from your phone. If you are in Quebec, please use this form.

In addition, film festivals should consider insuring their film screening events; movie theatre insurance can be purchased online in Canada. If you are in Quebec, please use this form.

About: Front Row Insurance Brokers Inc. is an independent insurance broker that specializes in the entertainment industry – specifically, the film industry. Front Row works hard to provide insurance protection for a very low cost. Should a claim occur, Front Row works diligently with clients and insurers to expedite the payment of claims. Offices in: Montreal, Vancouver, Toronto, Halifax, NY, Nashville and LA.