Does film producer's E&O insurance protect against claims of breach of contract? 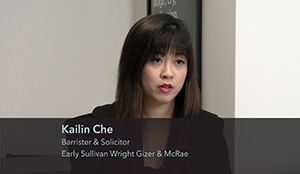 So, a producer must assess whether or not there were any implied contracts that were established through conduct. Often, people think submission of an idea is sufficient to constitute implied-in-fact contracts; that’s not correct.

there are two clear requirements for establishing implied-in-fact contracts:

So, in terms of limiting your potential liability in an implied-in-fact agreement, it’s possible if a producer ensures that every person who comes before them to submit any sort of idea signs an Idea Release Submission Form. [template credit: Early Sullivan Wright Gizer & McRae LLP]

About: Kailin Che is a corporate/commercial lawyer who represents clients in a broad range of industries including, technology, entertainment, manufacturing and real estate. She has advised clients on a variety of endeavors, including mergers and acquisitions, financing, reorganizations, corporate governance and regulatory compliance. Kailin began her legal career at a global law firm in Toronto and is licensed to practice in both Ontario and British Columbia.