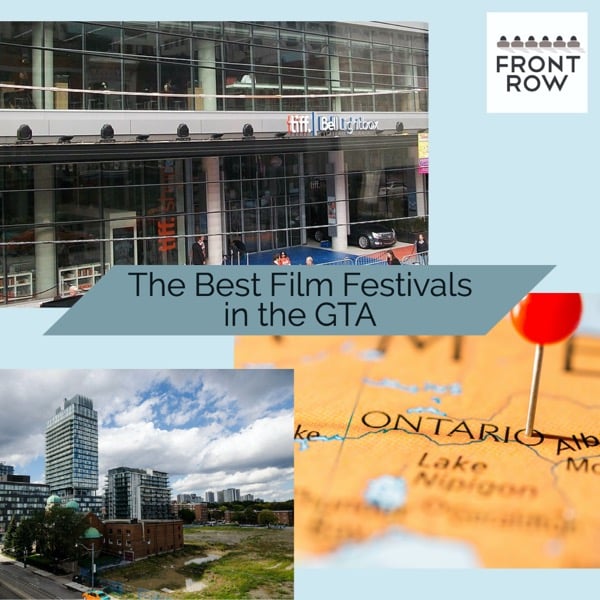 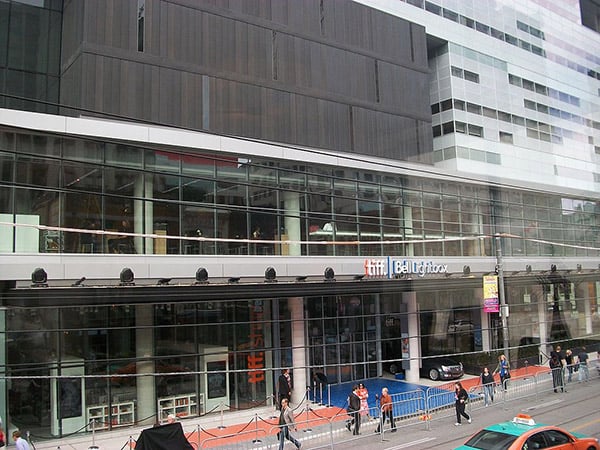 The most prominent and well-known film festival in Toronto is, of course, the Toronto International Film Festival (TIFF). Founded in 1976, many of its movies are screened at the TIFF Bell Lightbox (pictured), a modern venue housing five cinemas of various sizes.

TIFF is one of the largest and most prestigious film festivals in the world, “second only to Cannes in terms of high-profile pics, stars, and market activity,” according to Variety. In 2020, in response to the COVID-19 pandemic, TIFF creatively reimagined its festival to include physical screenings at drive-ins, digital screenings and virtual red carpets.

Front Row has been a proud sponsor of TIFF.

The Hot Docs Festival is the largest documentary festival in North America. Founded in 1993 by the Documentary Organization of Canada (DOC), Hot Docs is now recognized as a qualifying festival for the Academy Awards® in the Documentary Feature and Documentary Short Subject categories.

Members of DOC are eligible for preferred rates on production insurance through Front Row. The 2020 festival was postponed due to the COVID-19 pandemic in Canada; however, the festival organizers quickly pivoted to the Hot Docs at Home TV show in partnership with the CBC.

Front Row is a proud sponsor of the Hot Docs Festival.

The Toronto Animation Arts Festival International (TAAFI) is held at the same venue as Hot Docs each year – the Ted Rogers Cinema. TAAFI is a film festival dedicated to presenting cartoons and animation.

TAAFI confers the Kaj Pindal award, which is awarded to an animator who has made a significant contribution to the art form in the past year. TAAFI also offers an industry conference with talks from directors, creators, producers and artists.

Front Row has sponsored TAAFI in the past.

Buffer Festival is an annual showcase of YouTube video premieres, bringing the most acclaimed digital creators and their audiences together. The festival is, according to the Buffer Foundation, “the world’s largest international digital-first film festival.”

The Buffer Foundation is a not-for-profit supporting Canadian and international digital-first filmmakers through education, celebration, recognition and development opportunities with the entertainment industry. Buffer Festival 2020 was cancelled due to the COVID-19 pandemic.

Founded in 1998, the imagineNATIVE Film + Media Arts Festival is the world's largest Indigenous film and media arts festival, held annually in Toronto each October. The festival focuses on the film, video, radio and new media work of Indigenous, Aboriginal and First Peoples from around the world.

Many awards are presented at the festival, including the Audience Choice Award, Best Dramatic Feature, Best Short Drama and Best Indigenous Language Production.

Their 21st annual festival in 2020 transitioned to an online format.

The Ontario International Film Festival (ONIFF) was founded in 2020 by not-for-profit Canada Multicultural Entertainment (CME). This film festival “gives independent filmmakers from different cultures and backgrounds the opportunity to get known, learn and get acquainted with the industry.”

In 2020, Reelworld streamed online with a 100% CAD lineup. The festival has a variety of awards, including the Trailblazer Award, Visionary Award and Award of Excellence.

Inside Out Film and Video Festival

Founded in 1991, the Inside Out Film and Video Festival is an annual film festival that presents a program of LGBTQ-related cinema. The festival is staged in both Toronto and Ottawa.

Founded in 2011, the Breakthroughs Film Festival (BFF) is dedicated exclusively to short films made by emerging women and non-binary directors.

BFF takes place annually in downtown Toronto, showcasing Canadian and international short films in all genres from emerging directors of all ages. BFF 2020 was held online.

The festival confers a number of awards, including the Audience Choice Award, the Breakthroughs Film Festival's Jury Award and Best Canadian Film. 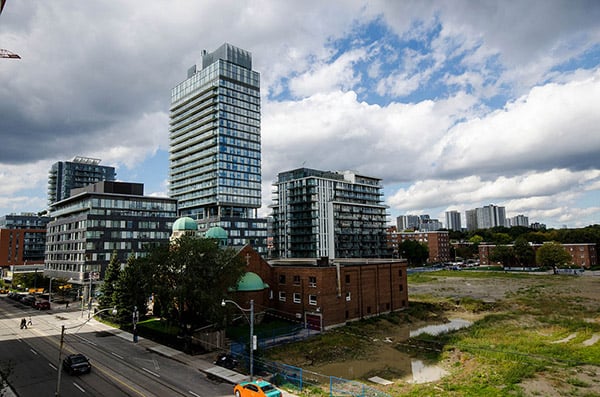 The Regent Park Film Festival (RPFF) is a free community film festival dedicated to showcasing local and international independent films that are relevant to the Regent Park neighbourhood.

This festival aims to provide the residents of Regent Park, and beyond, with a forum for dialogue about social issues such as immigration, cultural identity and multicultural relationships.

RPFF was founded in 2003. The 18th annual RPFF in 2020 was held online. The festival also created the Home Made Visible nationwide archival project that “celebrates the everyday joys and lives of Indigenous, Black and People of Colour (IBPoC) communities often absent from Canada’s narrative.”

If you’re researching film festivals in Toronto, chances are that you’re a filmmaker yourself or somehow involved in the film industry.


About: Front Row Insurance Brokers Inc. is an independent insurance broker that specializes in the entertainment industry – specifically, the film industry. Front Row works hard to provide insurance protection for the lowest possible cost. Should a claim occur, Front Row works diligently with clients and insurers to expedite the payment of claims. Offices in: Toronto, Vancouver, Montreal, Halifax, NY, Nashville and LA.