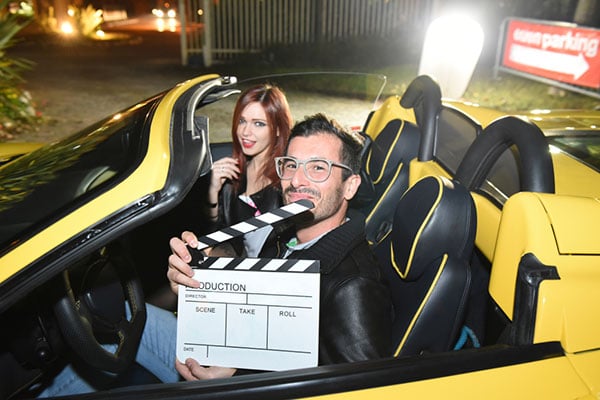 If you plan to rent a vehicle from a crew member for your film production, there are some important steps to follow to ensure everyone is covered.

Scenario 1: Damage to the vehicle only

If production rents a vehicle from a rental car company, purchases the optional insurance, and adds all potential operators as drivers, then physical damage to the vehicle would be covered by the rental car policy. This would likely be your best bet as you can obtain coverage with no or small deductibles. As well, any accidents will not be charged against the driver's insurance, so they will maintain a clean driving record.

If the driver is operating their own vehicle, and you have no deal memo in place, you will not have any coverage for damage to their vehicle under your policy. Damage to their vehicle would have to be paid for by their own insurance policy (if they have physical damage insurance with the Insurance Corporation of British Columbia ICBC or another insurer), or by themselves if they have no policy.

The production could always reimburse a driver for an incident: this is always a business decision for the production to make. In this scenario, the owner/driver is on their own. If production does decide to reimburse a driver for damage, you should have a release signed whereby the driver/owner agrees to hold the production harmless from any further claim. Otherwise, the driver could collect money from production, then claim from ICBC, and still come after production for compensation. Physical damage for rented vehicles either through Production Insurance or the Loss Damage Waiver purchased through a rental company should not respond any differently in Ontario.

Considerations for Production Companies when renting crew vehicles in BC:

If the driver is operating their own vehicle, any third-party damage or injury will first be addressed by the driver/owner's insurance through ICBC.

There is a possibility that, in the event of injury or death suffered by a third party, the production or parent would find themselves the target of a lawsuit.

The production typically has Non-Owned Automobile Liability through their Commercial General (and Umbrella Liability policy if applicable) which will respond, subject to the terms and conditions of the policy, if the production is found liable for any bodily injury or property damage suffered by a third party. Note: in order for coverage to apply, the vehicle involved in the accident must be used on production and cannot be owned by the production or parent company.

In the event of third-party bodily injury or property damage, the first response will always be ICBC in British Columbia.

Considerations for Production Companies when renting crew vehicles in QUEBEC:

All Quebec drivers are protected by the Quebec public automobile insurance plan (Société de l'assurance Automobile du Québec). This plan offers indemnities in the event of injury or death resulting from an accident that occurred in Quebec.

One of the foundations of the Quebec auto insurance plan is its coverage regardless of anyone's liability. We often hear the term "no fault" to designate this particularity. This means that Quebecers involved in a road accident in Quebec are covered by the plan, whether or not they are responsible for the accident.

Since the principle of compensation does not take into account liability, it is not possible for an individual or a company to take legal action against the person responsible for a traffic accident.

The public automobile insurance plan does not replace your private automobile insurer; in Quebec, the law requires that all vehicle owners have a civil liability insurance policy for a minimum of $50,000. This compulsory basic insurance is used to cover property damage that you may cause to others.

Considerations for Production Companies when renting crew vehicles in Ontario:

As the specifics of each situation vary, we recommend that the production consults with their insurance broker to arrange the necessary coverage.

Lastly, there is the potential issue of loss of the owner's safe driving credits. You should address this in the deal memo.

I'm renting a car (in Canada) for my production