E&O Insurance Protects Against Invasion of Privacy and False Light 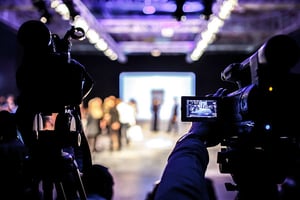 You’ve made it! After much hard work, your film is finished and being widely screened in theatres. Audiences love it, and very positive reviews have appeared in several notable publications. Pride and excitement are the order of the day as everyone involved enjoys the fruits of their labor. Extreme care was taken in the production, so you’re shocked when you’re informed that a lawsuit has been brought against you for invasion of privacy.

Invasion of privacy is a serious risk to which filmmakers are exposed, and it’s difficult to anticipate all possible sources of legal action.

Your movie is an adaptation of a well-known book—let’s say, a roman a clef about a Canadian rail disaster. Due to the length of the book and the demands of the feature film format, some artistic license necessarily had to be taken and the book was heavily adapted from the original. This is not unusual, but unfortunately an actual person recognized himself in one of your characters and took serious issue with the way he was depicted.

Claims of this sort are fairly common and fall under the rubric of “false light” accusations. The typical argument is that a specific characterization is unflattering and transparent enough that the average member of the public can easily deduce who it is based upon. In other words, the party in question has been presented “in a false light.”

Your film is a documentary about the Canadian boxing world. You’re very careful about securing releases from all parties discussed in your film and all recognizable persons who appear in the background. You’re confident that you’ve taken all necessary precautions, but you still receive notice that one of the fighters discussed has initiated a lawsuit against you for public disclosure of embarrassing facts. While your depiction was accurate, your film included some discussion of the fighter’s life after the boxing world and went into detail about a failed business venture. The party concerned considers this information embarrassing and not relevant to the subject of the documentary.

What can be done?

Generally, claims of invasion of privacy are more successful if the plaintiff can argue that:

It’s obvious that these terms are highly subjective. What constitutes “highly offensive?” Who is this fabled “reasonable person?” And what exactly is of “legitimate concern” to the public? Even when extreme care has been used, a lawsuit is sometimes unavoidable.

The last thing you want is to face a costly lawsuit after your film has already been released. An Errors & Omissions policy protects the entire lifespan of your project against situations such as the above, by helping arrange a legal defense against: