E&O Insurance for Film and TV: The Value of a Lawyer 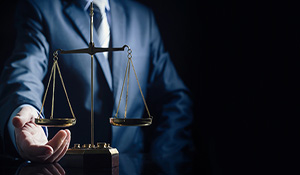 E&O Insurance: The Value of a Lawyer

Entertainment lawyers are often called upon to help clients obtain Errors & Omissions insurance for their productions. This job is easy if the needs of E&O insurers are considered before production begins. However, the process can be difficult and time-consuming if no thought is given to E&O coverage until after the final cut is locked.

E&O Insurance covers claims against a production, including breach of copyright or trademark, breach of privacy, defamation and breach of contract (implied-in-fact). These claims do not usually surface until there has been a broadcast or exhibition of the production.

E&O coverage is not included in the standard production insurance that is taken out for injuries, damage to property, etc. Only occasionally do you hear about the types of claims for which E&O insurance provides protection.

For example, an action was brought several years ago against Dreamworks by an author who had written a book about the events depicted in the feature film Amistad. The author claimed that her copyright had been breached because the film told the story in ways which were similar to the book. More recently, one of the characters depicted in the feature film Boys Don’t Cry has brought an action for breach of privacy because of the manner in which her life was depicted.

But most claims do not make headlines; usually they're threatened, then settled. Even if your insurer is ultimately successful in defeating a claim, it can still be costly because of the legal fees involved. And even if a claim is settled, the producer generally pays.

The application tells the agent how far along you are in the production and what the problem areas are likely to be, but it also serves as a handy checklist for you. Once the application is received, the agent will provide you with a quote and hand it over to lawyers who provide advice to the insurer about the risks involved with the production. The insurer will have its lawyer contact production counsel to review the potential problem areas and to discuss how these will be addressed.

The advantage of having your lawyer speak directly to the insurer’s lawyer is that often E&O insurance can be approved with a single phone call. The disadvantage from a lawyer’s perspective is that you sometimes end up doing the insurer’s dirty work by telling a client why certain material can’t be used. Because the insurer’s lawyer relies on production lawyers to decide whether to grant insurance, your lawyer is obliged to identify problem areas. If they do not, you (and the broadcaster) could end up being liable for the omission and your lawyer’s credibility can be affected.

Contact a clearance lawyer early to avoid problems on your shoot